The Coatimundi has a lot of names around the world – Coati, Pizote, Hog-Nosed Coon, Tejón and a few more. For Belizeans, it’s the Quash. 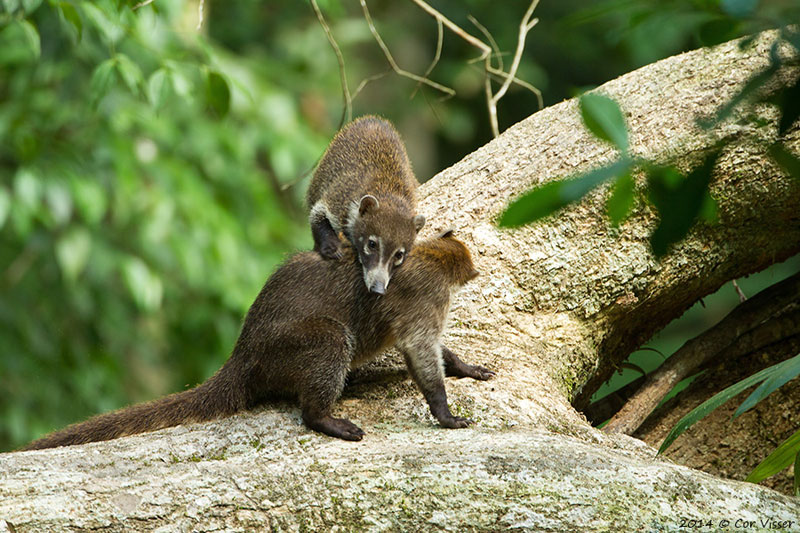 The Quash, a member of the raccoon family, is a gregarious little fellow up to the age of two years. This diurnal specie is found throughout North America, Central America, and parts of South America.

This specie is widespread over humid and hot areas including grasslands and bushy areas. Occasionally, they are found in cold mountains. These interesting little creatures are common in Belize, making homes in the mangrove and tropical forest, savanna and lowlands– even the San Ignacio Resort Hotel!

Coatis are omnivorous, feeding on fruits, insects and small invertebrates- treating themselves to the occasional lizards, small birds, rats, birds and crocodile eggs. That sounds like a tough catch! Luckily, their snout has an acute sense of smell, and their tusks help to unearth their food quickly. 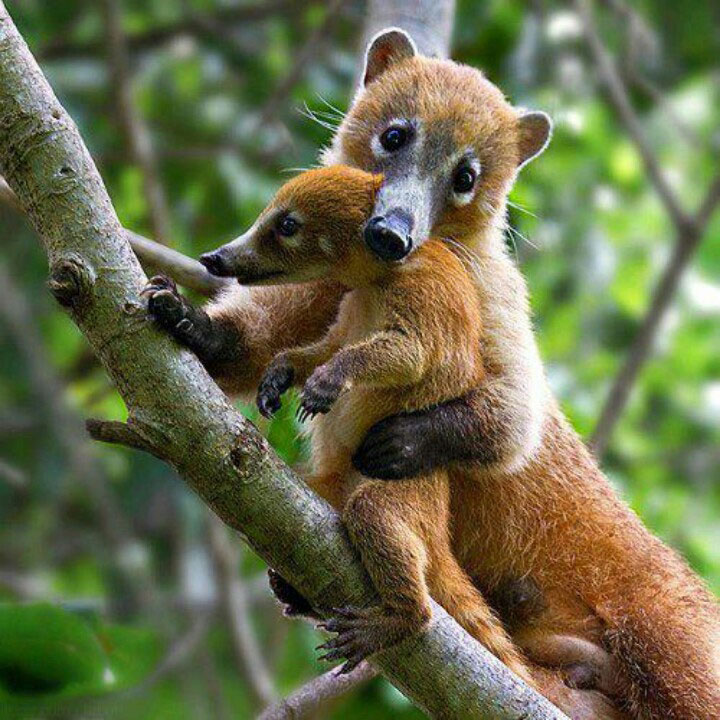 To coincide with the vast availability of food, the Coatis mate during the start of the rainy season. As they mature, the males become isolated because of their aggressions and the changed behaviours of the females, but eventually join the group again for mating season. 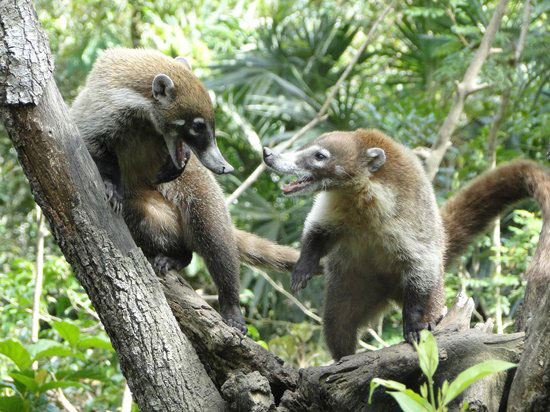 Adult Coatis measure about 13 to 27 inches from the head to the base of the tail and weigh 4 to 17 pounds. Although small, the Quash can be fierce fighters if provoked. They have sharp canine teeth and fast scratching paws which they use as self-defense against predators. The average lifespan of the Coatimundi is about seven to eight years. In addition, Coatis communicate joy, anger or fright by chirping, snorting, or grunting. 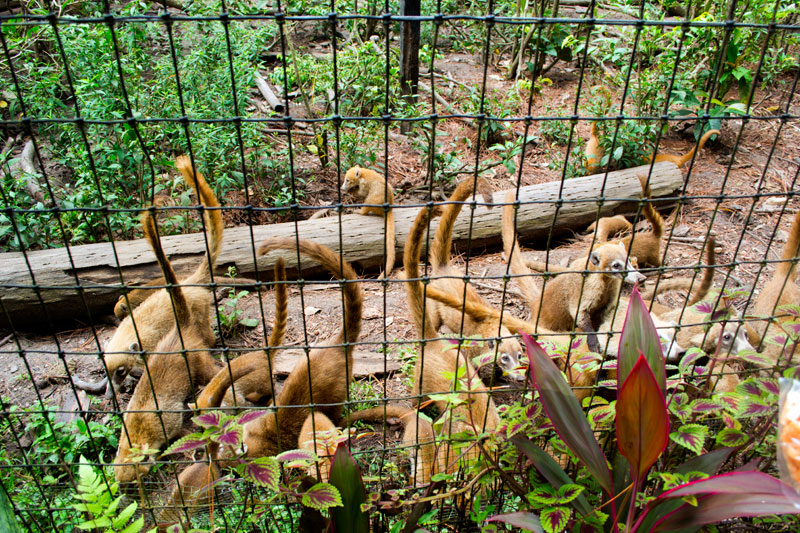 Quash found at the Belize Zoo

Join us in one of our adventurous Belize jungle tours and you might be lucky to spot and meet a Quash family. They are always up to it!

Cave Tubing in Belize: Fun For All Ages
Wildlife & Nature feat. Blue-Gray Tanager
Why Every Traveler Should Go Ziplining in Belize
Blue-Crowned Motmot
RETURN TO BLOG