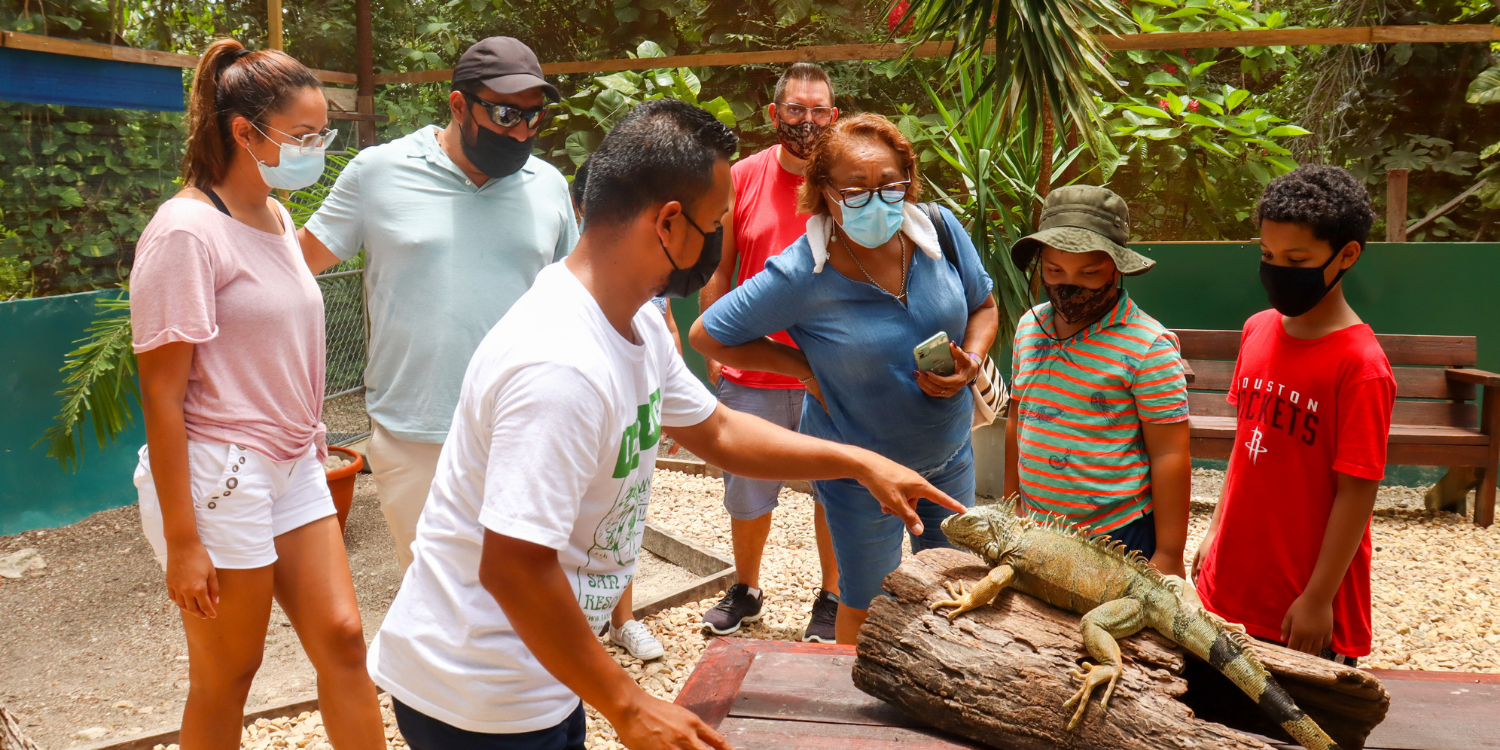 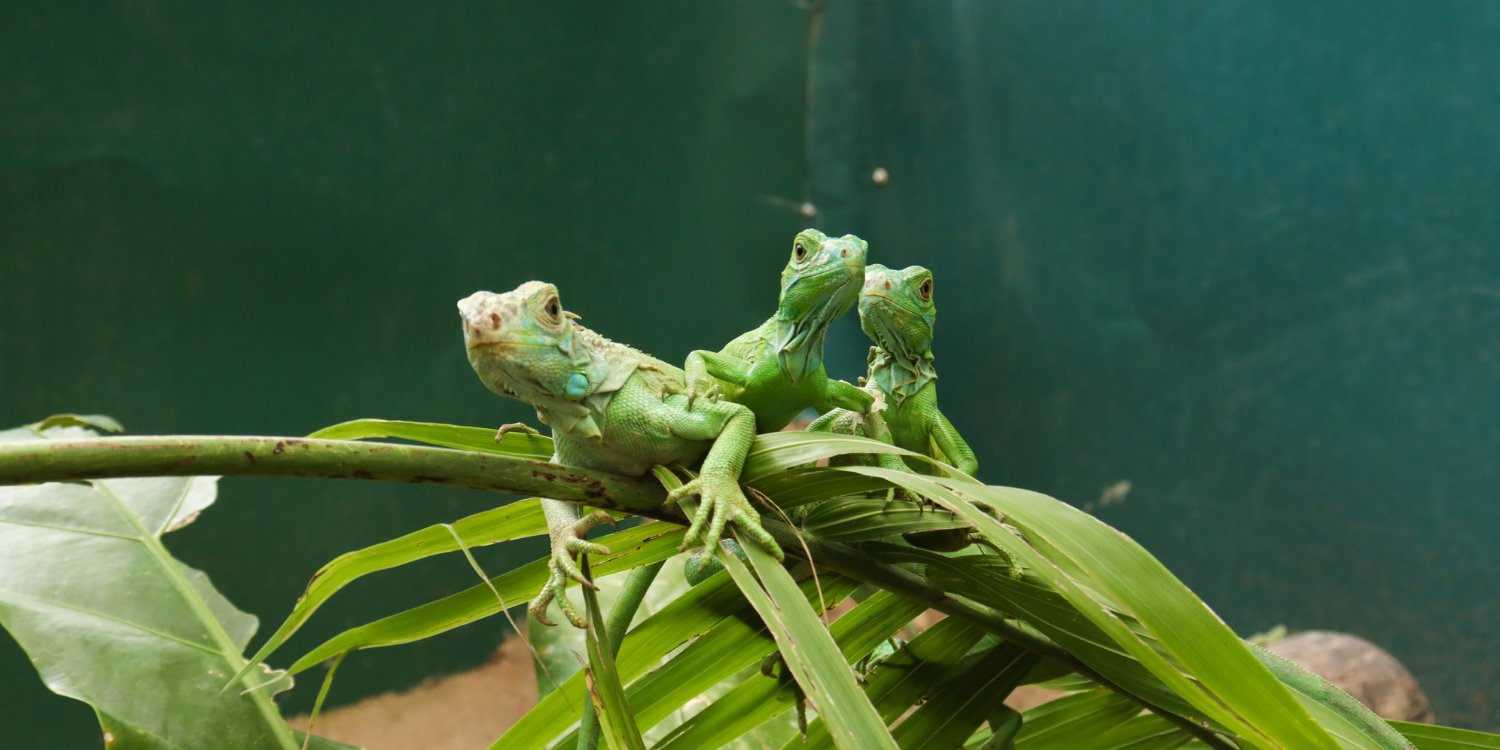 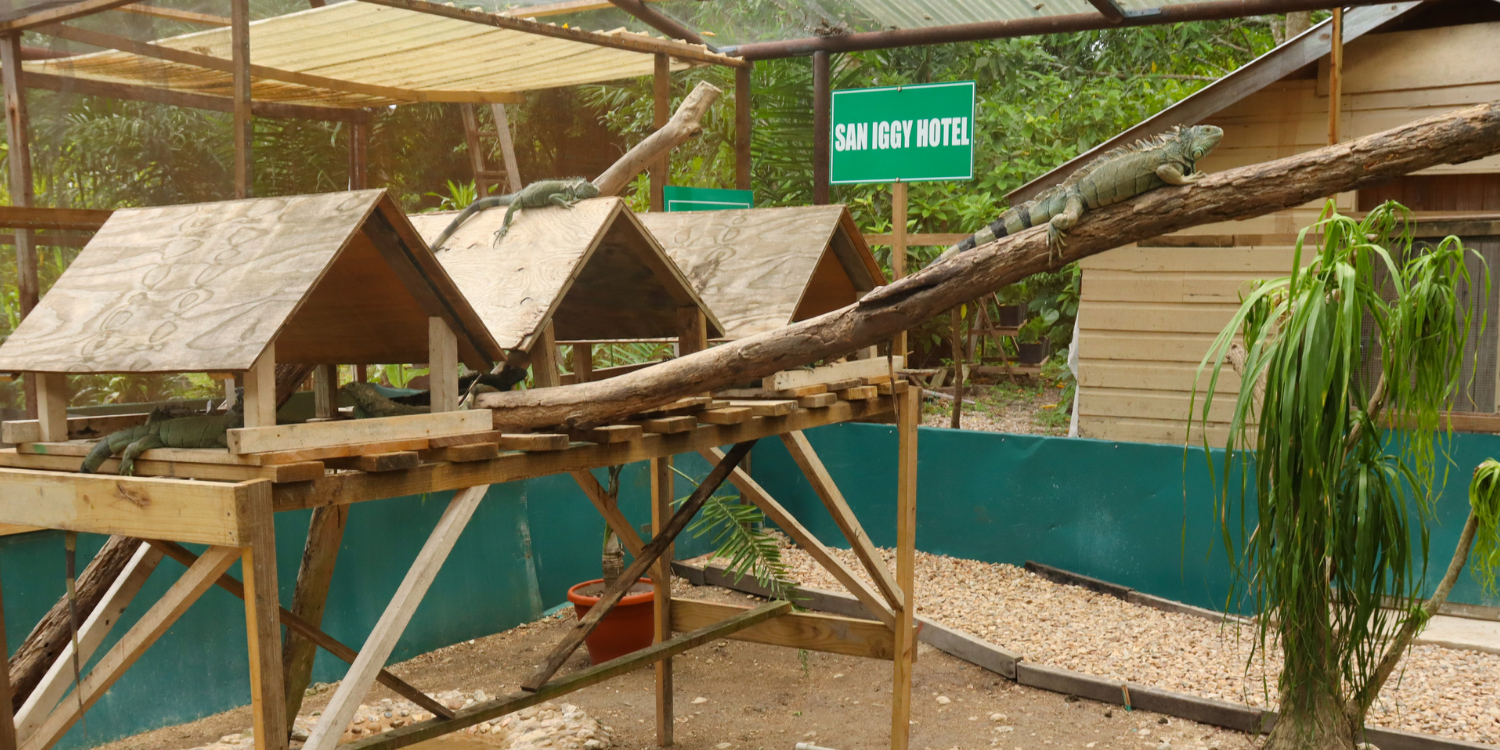 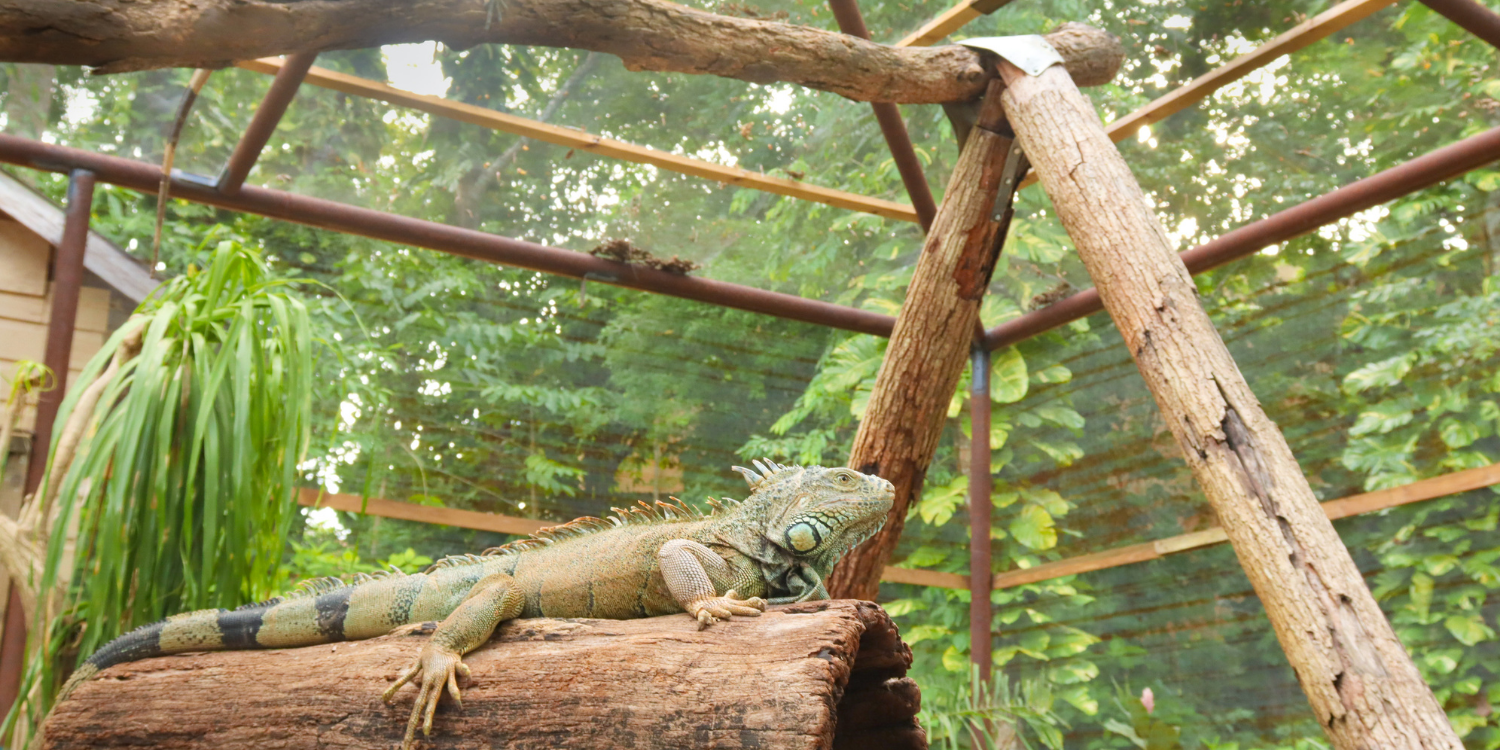 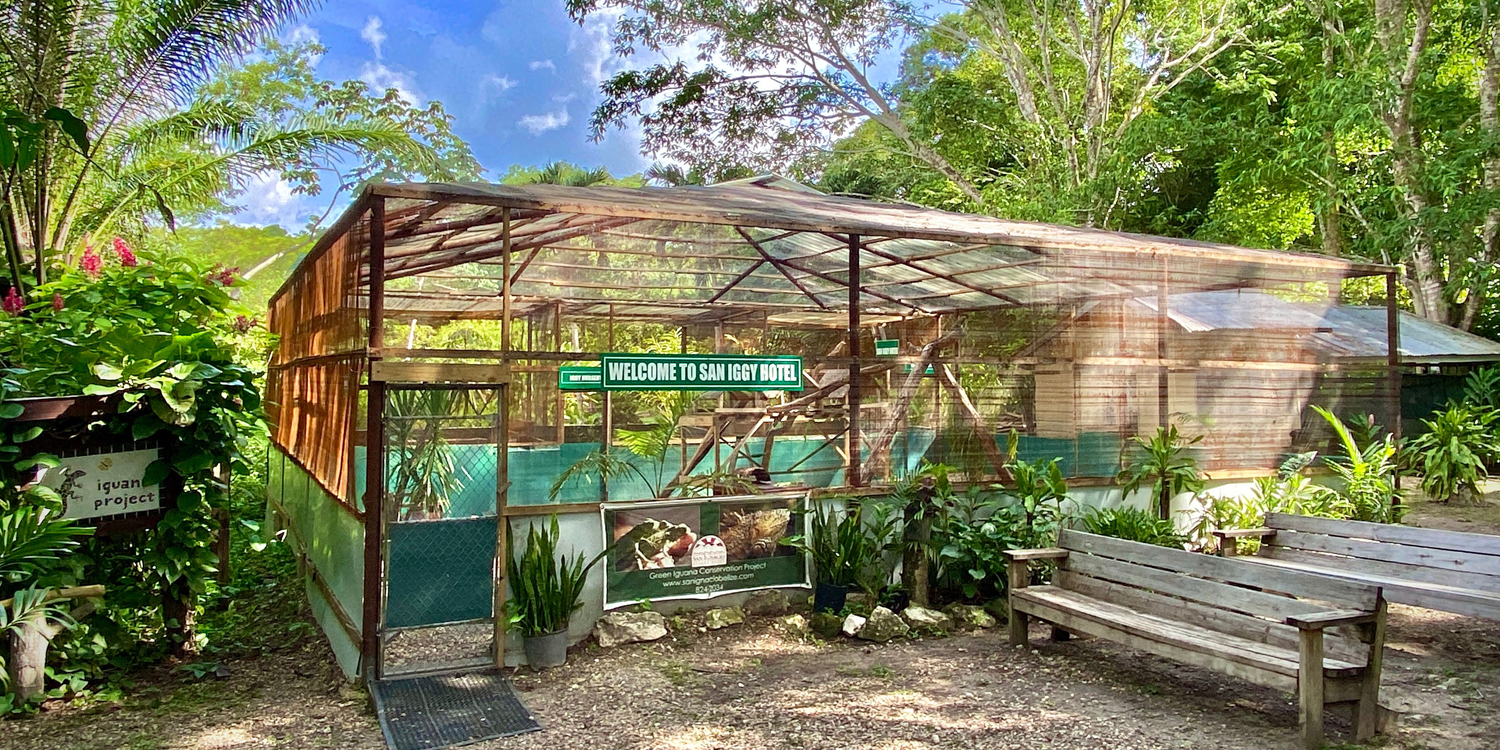 Since 1996, we at the San Ignacio Resort Hotel have been at the forefront of conservation efforts for the threatened Green Iguana. An informational and educational exhibit has been designed within the property to give visitors a closer look at this amazing reptile and learn how vital they are to the ecological balance of the river habitat. Here, visitors are given the opportunity to learn about the incubation, hatching, rearing, and releasing process of this species.

The Green Iguana Conservation Project offers the Adopt an Iguana Program which aims to raise funds for the Project and provide scholarships for local children.

Over the years, the Project has received much attention from local and international organizations and continues to be the Number 1 Activity in the San Ignacio (TripAdvisor).

OUR GREEN IGUANA TOUR IS OFFERED DAILY FROM 8AM TO 4PM. THE TOUR LEAVES EVERY HOUR ON THE HOUR.

Since its inception, the project has assisted Belizean students with 12 tuition scholarships. The resort itself once offered the scholarships but the project took it over in 2008 and the scholarship funds now come from the Adoption Program only. The scholarship is open to all high schools in the Cayo District as well as CET San Ignacio.  The deadline to submit your application this year is August 15th, 2021.

The Green Iguana Conservation Project was created in 1996 by Mrs. Mariam Roberson and Daniel Velasquez due to the decreasing survival rate of Green Iguanas in Belize caused by overhunting. Mrs. Roberson and Mr. Velasquez decided to embark in a program that would protect the species and educate individuals about these amazing reptiles.

This effort, in collaboration with Belizean primary and secondary schools, Galen University, and foreign affiliates, commenced the initiative to foster and protect the Green Iguana species in Belize. The Project is entirely self-sustained and relies on contributions and donations of interested patrons and visitors. The program offers a great field of research and education to the people of Belize and around the world by allowing individuals to interact with the Green Iguanas.

The Green Iguana Conservation Project follows a continuous, cyclical course of rearing the Iguanas from the egg to juvenile stage. It later sets them free by releasing them into their natural habitat. Much of the program’s success relies on the Green Iguana Adoption Program; this program allows guests adopt an Iguana prior their release and contribute to the survival of these wonderful species.

My family stopped at the San Ignacio Hotel to visit the Iguana Sanctuary. The purpose of the sanctuary is to raise the iguanas and set them free into the wild. During our visit we learned so much about the iguanas... what they like to eat, mating habits, how they protect themselves, and much more. The tour guide was very knowledgeable and interesting. We were able to hold the adult iguanas as well as the babies which are kept in a nursery. Very much worth the visit.

Treat yourself to a delicious dinner at the #Runni