Don’t be fooled by the blues… this cheerful bird has the looks and personality to match!

Known for living around urban areas, the Blue-Gray tanager is a friendly and enthusiastic specie found in Mexico, Central America and into the northern part of South America. Its preferred habitat is open areas with scattered trees, towns, villages, parks or forest edges.

Our outgoing friend is part of the 200 species of tanagers in the world and both male and female are of similar appearance, although the female is a little duller. The wings and tail of Blue-Gray Tanagers are blue (think of coral reef blue) that become darker at the back. On the other hand, their head, neck and under parts showcase a stormy gray that makes the blue pop even more! 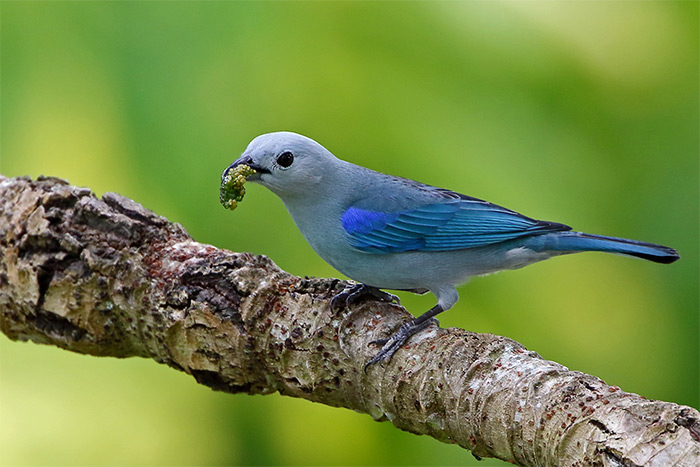 This specie feeds mainly on fruits but will take the occasional insects, flowers and nectar. Usually, they travel in pairs or small flocks and would join other bird species that are fruit eaters as well. The more the merrier, right?

The breeding season for Blue-Gray Tanagers is from March to July. The females lay one to three eggs that are incubated for about 12 to 14 days. These eggs have an interesting appearance—such as a blue marble-like effect. Once hatched, both parents take care of their chicks who depend on them until they leave their nest.

The nests are built with plant material and animal hair and are sometimes intruded and taken over by Brown-Headed Cowbirds…how rude! So add “noble” to the list of qualities for our little friend too. 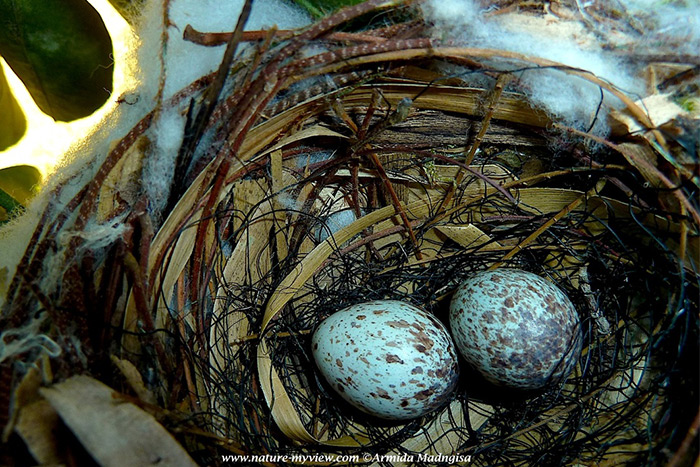 And no bird is complete without its artistic and melodious tweets. The Blue-Gray Tanager’s call is a lovely “tsuup” (say “What’s up” really fast) followed by long twittering notes.

This cute little fellow is just about 17cm in size but its unmistakable traits are what catches the eye. And ears! 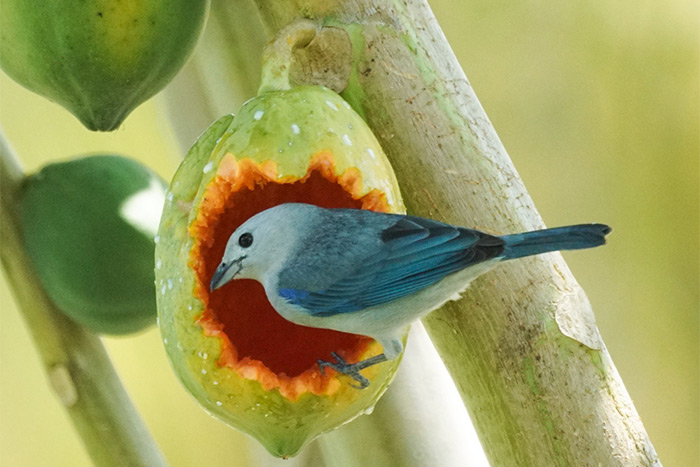 Looking forward to having a first-hand sight of this specie? Join us on our on-site Belize Birding tour for a personal encounter or even better, check out the Wings Over Belize Package. Avid or occasional birders will not be disappointed and there is SO much to see, we promise!

Top 8 Things To Do In Belize To Cure The Winter Blues
Belize With Kids: 10 Fun Things to Do (For 2023)
How To Plan The Ideal Babymoon In Belize
New Year’s Eve in Sunny Belize? What Better Way to Welcome 2023?
Spread the love