Four Belize Tours You Have To Try In 2023

Belize cave tubing tours are one of the top five activities for adventure-seeking visitors.

In antiquity, caves were valued sources of shelter and important ritual spaces. The ancient Maya of Belize believed that caves were portals to the Underworld and to the gods that ruled there. These formations were also linked to fertility, used as pilgrimage sites, and were treated as places of ritual transformation and rebirth.

To better understand the fascinating history and the sacred landscape and the symbols of the ancient Maya, we’ve put together a list of the top four Belize caves you should visit while vacationing with us.

Barton Creek Cave is one of the largest river caves in Belize, measuring around 4.5 miles long.  Giant stone passageways and stalagmite columns give this Belize cave tubing tour an otherworldly feel.

If you’re looking for a relaxing cave tubing tour this would be your ideal option. This tour lasts about 1.5 hours making it an easy add-on to your day.

Let your imagination take flight as you roam through the darkness. Peel back the layers of time, enter the Maya world, and consider yourself reborn. 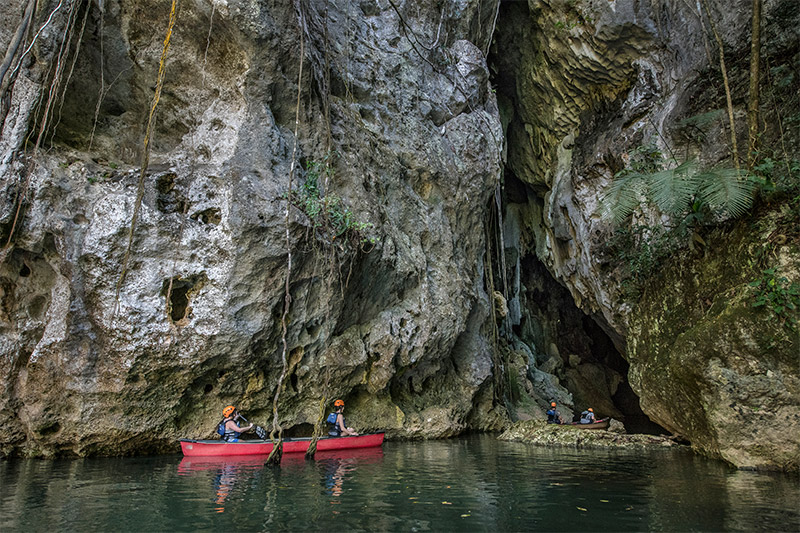 Located along the western bank of the Macal River, 16 miles from San Ignacio, is Che Chem Ha Cave.

Ancient Maya artifacts have been found throughout the cave, including ceramic dishes, jars, and vases. In fact, it holds the largest collection of Maya pottery in Central America.

Some scholars believe that the jars found inside the cave are a symbolic gesture to the water gods, a request for rain. The unique stone modifications made within the cave and charring along the walls and artifacts also suggest ritual rites and its use as an underground sweat bath. Che Chem Ha is a dry cave.

The sheer size and magnitude of this cave and its unique use and significance within the Maya world should make this one of your must-see Belize cave tours.

A cool, clear river passage downstream from the entrance of the cave leads to one of two wells. The cave and National Park are both protected sites in Belize.

The name ‘Blue Hole’ refers to a sinkhole created when a portion of the cave collapsed, the color of the water strikingly clear and blue. You’ll need hiking boots, bug spray, a headlight, and a camera to make the most of this cave tubing Belize experience.

Ceremonial chambers, artifacts, and human remains provide another tantalizing glimpse into an ancient time and people. 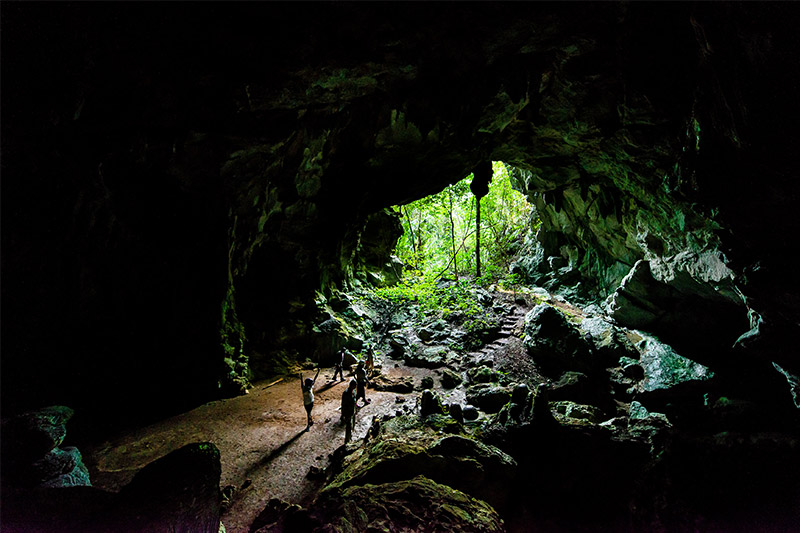 Not for the faint of heart, really. We saved this one for last. It’s indisputably the most spectacular Maya cave site in Belize but also tops the list as one of the more strenuous Belize cave tours.

Visitors must hike for an hour across the jungle and shallow river terrain. Entering the cave entails swimming and wading for another kilometer and a half. The name Actun Tunichil Muknal means Cave of the Crystal Sepulchre, it refers to the remains of a young woman whose calcified skeleton remains have been found inside the cave.

With her, are the remains of several other ritual sacrifices, some of them infants, while the oldest skeleton appears to have been in their mid-40s at the time of death. Archaeologists believe these remains may have been given as gifts to the rain god, Chac. We may never know for sure. Only licensed guides can lead a tour of this cave, the contents of which are remarkably preserved.

Voted National Geographic’s top sacred caves to see in a lifetime, you cannot afford to miss the chance to see it for yourself. 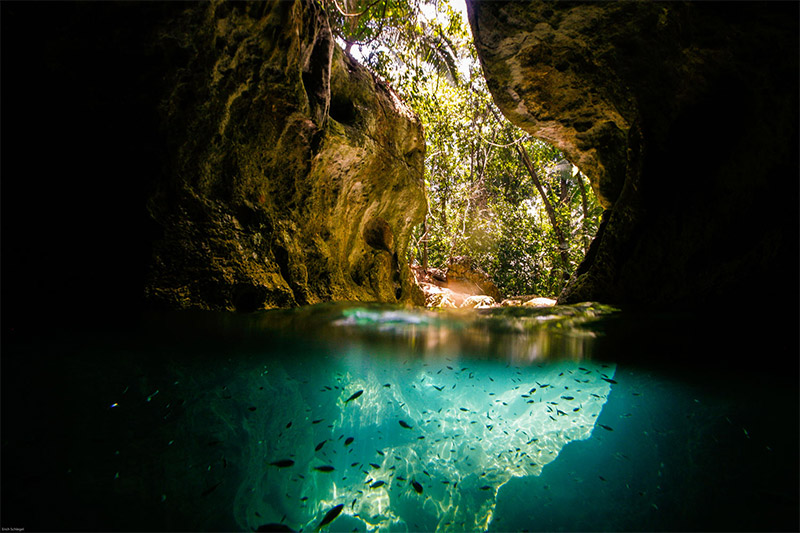 When staying with us at the San Ignacio Resort Hotel, you can explore these Belize caves and more; Some of which are just a short drive away from the resort. Contact us to book your cave tubing tour.