The quirky and small, but mighty, bird.

In recent years the birding community has become increasingly more inclusive of all people: young or old, adventurous or relaxed, fast-paced or leisurely. Belize has world-class birding with over 600 species of birds and enthusiastic birding tour guides. Among the hundreds of species is one particularly quirky and small, but mighty, bird– the Ruby-Throated Hummingbird; a small hummingbird found in Eastern North America during the summer, and Florida, Mexico, and Central America during the winter. 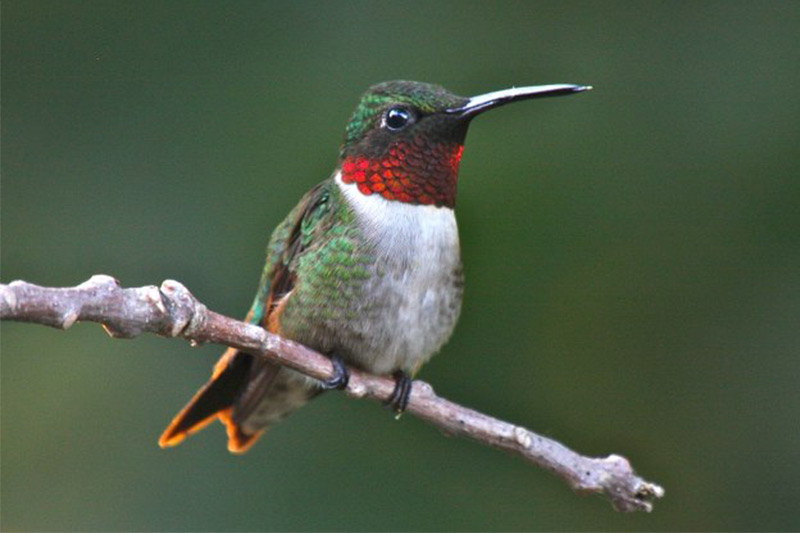 Hummingbirds are unique little birds with many hidden talents. For example, did you know that hummingbirds are the only birds that can fly forward, backward, side to side, upside down, and hover in mid-air? This is because their wings only connect to their bodies at the shoulder socket, allowing them to rotate their wings 180 degrees. Their wings beat at an average of about 50 beats per second but can go as fast as 80 beats per second, allowing them to reach speeds of up to 80 km per hour. Additionally, a human at rest will have an average heartbeat of 60-100 beats per minute, while a hummingbird will average around 1,200 heartbeats per minute. Since their tiny bodies are constantly under such high physical demand, they are required to consume about ½ their weight in sugar daily. Their primary food source is nectar from flowers but they also consume small insects for protein. Hummingbirds eat 3-5 times per hour in order to keep up with their incredibly vigorous lifestyle! 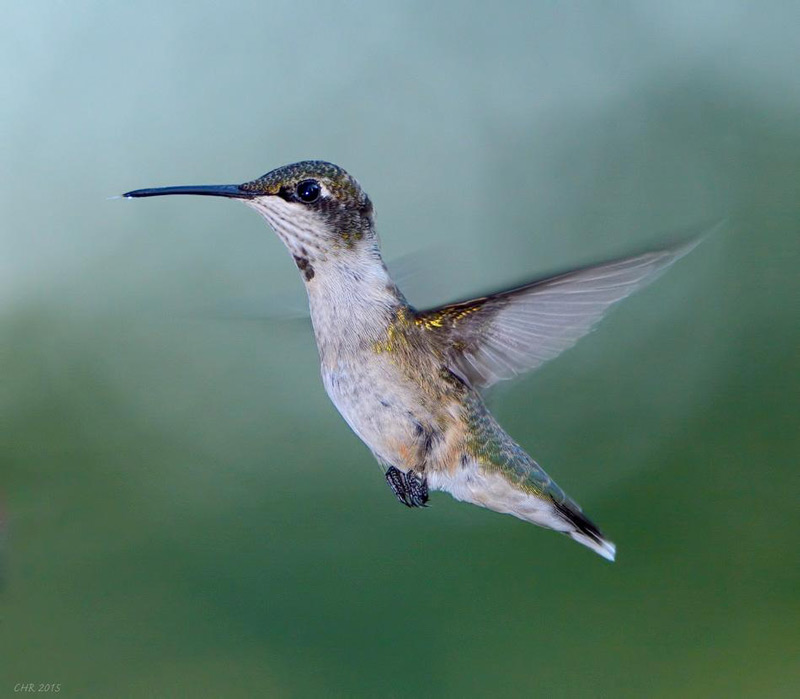 The Ruby-Throated Hummingbird, like many birds, displays sexual dimorphism, which means that males and females look different. They range between 7-9 cm long with a wingspan of 8-11 cm. An adult male averages at 3.4 grams while an adult female averages at 3.8 grams. They’re a metallic green on top and a greyish-white below with almost black wings. The male has a ruby-red throat patch, called a gorget, bordered by a brilliant black streak, and a forked tail with a slight violet sheen. At certain angles the gorget looks like it’s a dull black, but this is just a trick of the light. The female has a white throat which can be plain or may have faint grey markings. Juvenile males look a lot like adult females. 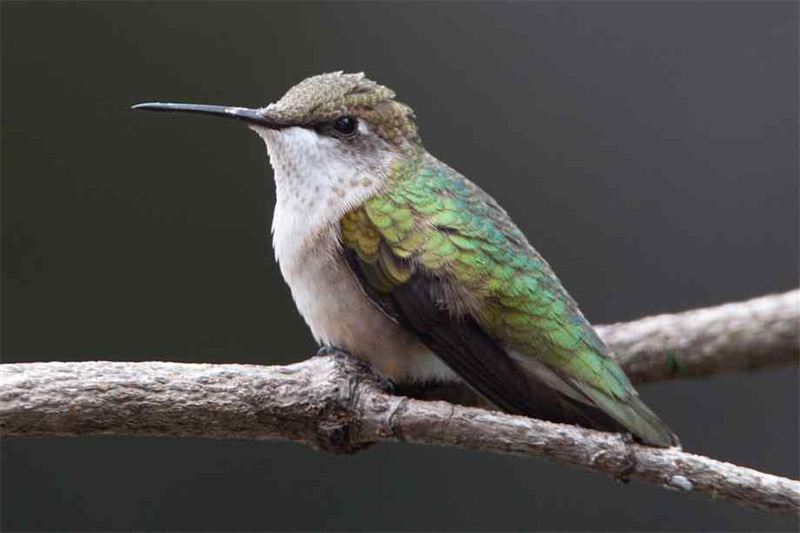 The Ruby-Throated Hummingbird is particularly interesting because of the journey they make while migrating down south for the winter. Once per year, thousands of these tiny birds fly 600 miles across the Gulf of Mexico in a 20-hour non-stop odyssey. They’ve been known to double their fat mass in preparation for this flight as it uses all of their caloric reserves. There is no stopping for food, water, or even just a quick breather. This is a remarkable feature given their incredibly high metabolism and need to feed several times per hour. 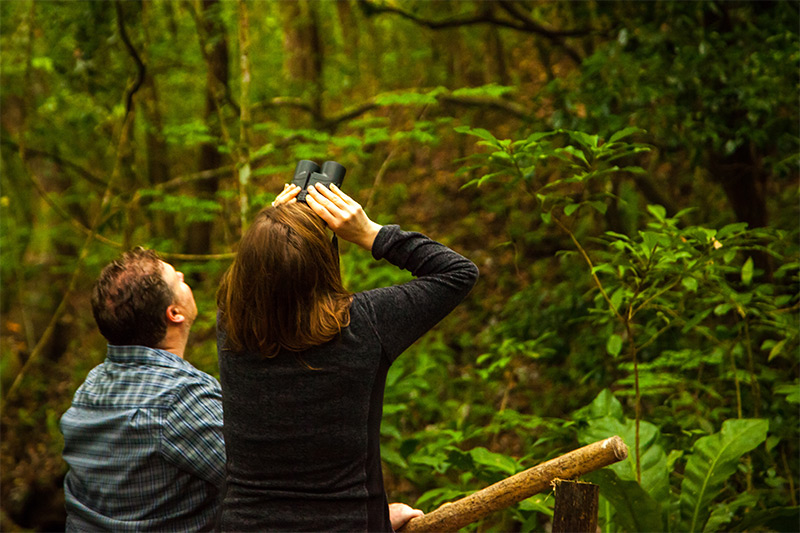 These birds are certainly interesting little creatures worth keeping an eye out for! Not sure where to go to see them? Our luxury resort hotel here in San Ignacio, Belize has over 117 species of birds on our 17-acre property. Join us for a Birding Tour or come for “Breakfast with the Birds” in our Running W Steakhouse and Restaurant balcony dining area where you’re bound to see a Ruby-Throated Hummingbird or one of our many other avian visitors, such as the elusive Keel-Billed Toucan, Blue-Grey Tanager, Green Kingfisher, or a different on-site species of hummingbird.