Hello September. This month is all things Belizean as we celebrate numerous national holidays! In honour of the upcoming festivities AND National Wildlife Day (September 4), here’s a Wildlife & Nature blog with some of our national symbols: The Belize Edition. 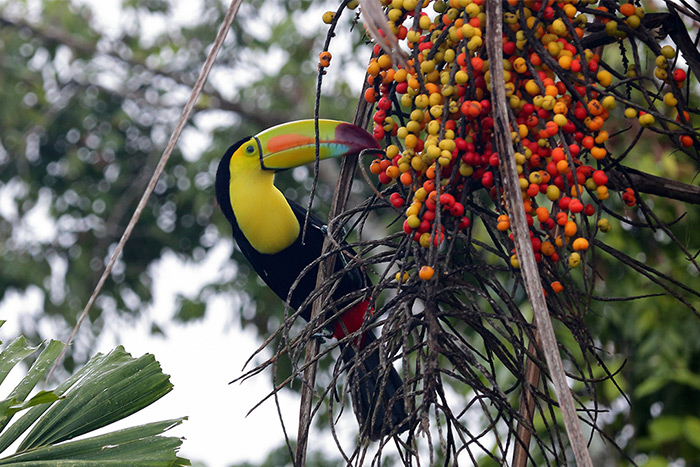 The toucan is famously known for its canoe-shaped bill and vibrant colours. Its vibrant bill is designed in blue, red, green and orange; its wings are bright yellow with black; and their tail has a noticeable red and white patch.

Toucans range in size from 42- 55 centimeters. The bill is one third their size and sometimes half. Although the bill looks hard, it is hollow and made out of a spongy bone covered in keratin. Interesting!

The Keel-Billed Toucan can be found from Southern Mexico across Belize to Venezuela and Colombia. Their diet consists of a wide array of fruits but they also eat insects, eggs, and lizards. They are very sociable and often travel in flocks of 12 individuals. Even when it’s time to sleep, they cram up in tree holes together. To make space, toucans normally sleep with their tails and bill tucked under their bodies. Daytime is mostly spent on trees with the occasional short distance flights. Typically, they do rapid swing beats and then glide to their destination. 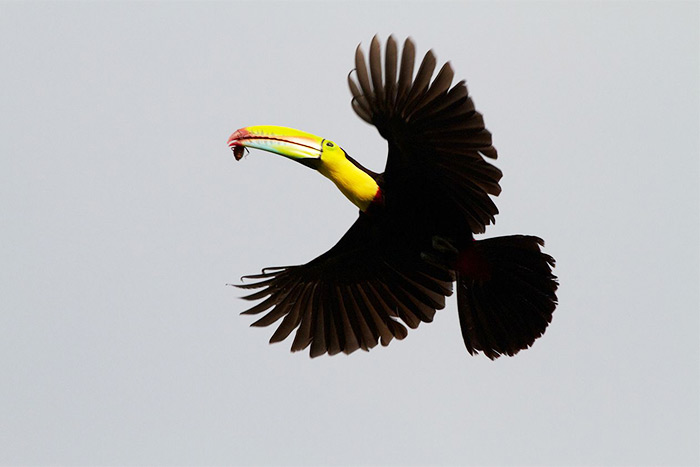 During mating season (March to June), the female toucan lays 1 to 4 eggs. When they hatch, the chicks are completely blind for 3 weeks and have no feathers. Both parents are involved during the incubation and rearing. As a result, the chicks depend on their parents until they are 8 weeks old.

(If you would like to spot and admire these beautiful birds, you can do so at our Running W Steakhouse & Restaurant or take an on-site Belize birding tour) 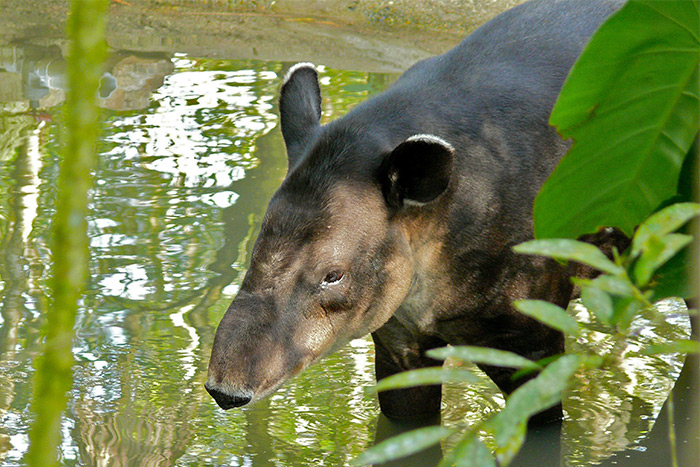 Tapirs, known as Mountain Cows in Belize, are nocturnal animals and are considered the largest land mammals in Central and South America. This specie has an average size of 6 feet in length and 3 feet in height with a weight of 300 to 500 pounds. They are characterized by a brown-grayish colour and thick skin.

Tapirs are known to be peaceful animals; for example, when they encounter some type of conflict, they simply submerge underwater for long period of time (their way of cooling things off a little?). They also use this technique to simply refresh or, to have small fish eat the parasites off their body—a jungle spa experience.

Despite their size, Tapirs are very active animals. They are agile climbers and swimmers as they dive into the grounds of rivers to eat the vegetation at the bottom. A Mountain Cow’s diet consists of berries, fruits and leaves. Amazingly, they have been observed to eat as much as 85 pounds of vegetation in one day! (And they say greens are slimming?)

Young Tapirs can reach maturity when they are 3 to 5 years of age but the females mature faster. A healthy female Tapir can have a calf every two years with gestation being 13 months. Except for a young and its mother, Tapirs are solitary animals. And they go on to live for an average of 30 years.

(Have you been to the Happiest Zoo in the World? You can learn more and interact with the National Animal of Belize) 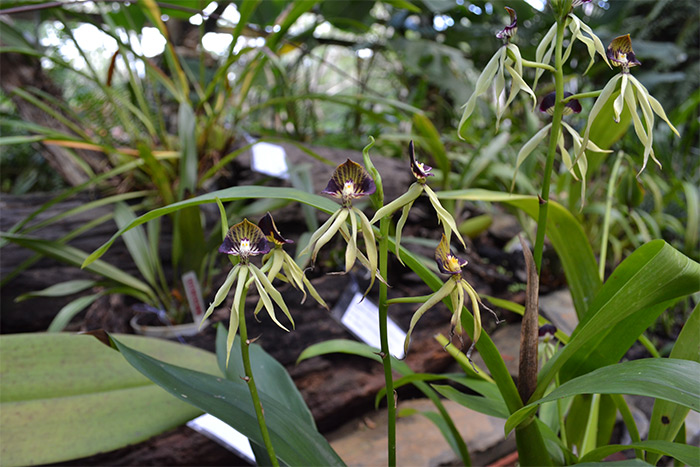 Looks can be deceiving- or names! The beautiful Black Orchid is actually not black. It is a deep wine purple with greenish-yellow petals and sepals with a shape that resembles the valve of a clam shell.

The clustered bulb-like stem can vary up to six inches and it carries two or three leaves. The Black Orchid grows in damp areas and can be found in Central America, Colombia, Venezuela and Florida. This beautiful flower is very unique as it blossoms almost all year long, making it a perfect choice to represent Belize.

(If you’re a plant aficionado, check out our Belize Jungle Tours you can visit the Botanical Gardens and admire the beautiful National Flower of Belize) 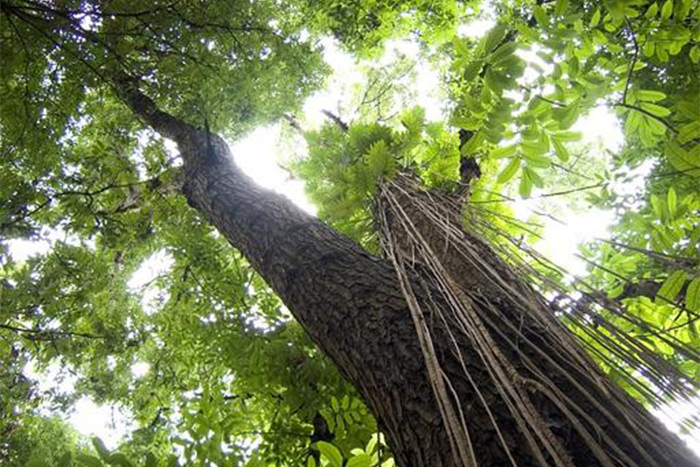 Known as “the giants of the rain forests”, the Mahogany Tree grows over 75 feet in height and 50 feet in width. This magnificent tree is crowned with shining green leaves that grow above the jungle canopy. It grows from a single trunk but it branches off into many large stems; these stems start from 4 to 8 feet above the ground.

Mahogany Trees are propagated by seeds. The tree starts putting out small white flowers that blossom into dark fruits. These fruits look like pears but are about 6 inches long. During the first months of the year, the leaves start to fall and the fruits split into five valves. Shortly thereafter, the seeds, which are about 2 inches long, are dispersed by the wind. At this point, a new life cycle begins as the seeds have been spread throughout the forest floor.

The environment for the Mahogany are normally areas where they are exposed to direct sunlight which makes it highly tolerable of drought seasons; however, seeds need to start growing under the shade of the forest.

Mahoganies are considered mature in 60 to 80 years—it is used for lumber because of its beauty and durability.

(The National Tree is featured in the Coat of Arms, check it out on our flag! Or, make a stop at our Belize luxury Resort for a Medicinal Trail Tour to encounter this giant)