By the time you reach the top, you’re out of breath. Not necessarily because you need more exercise…but because the view from the summit of Maya temple El Castillo is so impressive, it takes your breath away. Rolling hills carpeted by lush green rainforest extend as far as the eye can see before giving way to azure skies dotted with puffy white clouds.

Standing 130 feet high (still one of the tallest man-made structures in the country), El Castillo is located at the archaeological site Xunantunich in the western district of Cayo in Belize, Central America. And in 2012, the year of the Maya, tens of thousands of tourists are expected to take in this simultaneously serene and spectacular sight.

Xunantunich is just one of twenty tourist destinations certified by the Mundo Maya project, which has coordinated joint marketing campaigns between Belize, Guatemala, Mexico, Honduras and El Salvador to entice more tourists to visit the region. President of the Mundo Maya organization, Salvadoran Tourism Minister Jose Napoleon Duarte, believes those efforts could see the five countries welcoming as many as fifty million tourists during the next decade. Belize will see its fair share of those travellers thanks to sites like Xunantunich. The attractiveness of Xunantunich is its easy accessibility (just a few minutes off a main highway) and the fact that, like several of Belize’s archaeological sites, excavations are ongoing so new discoveries are unearthed every year. 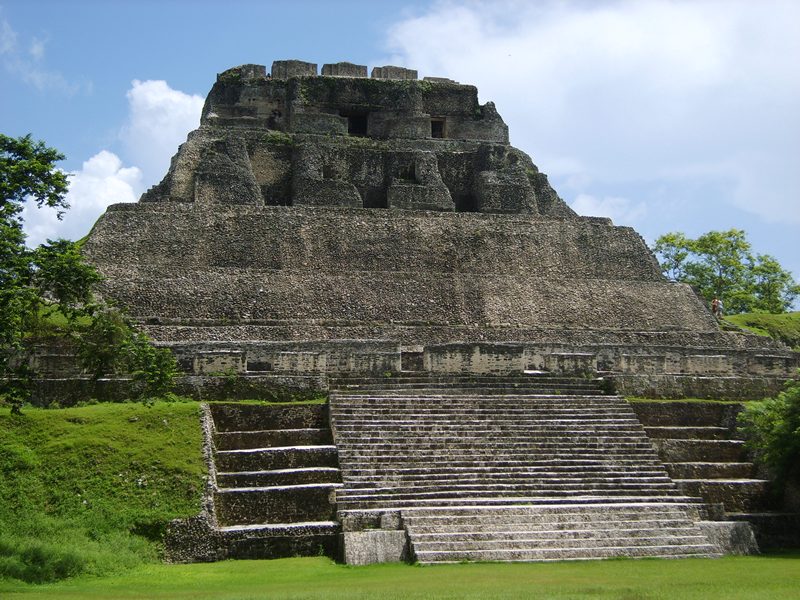 In March 2012, one of the most high profile travellers in the world, Prince Henry Charles Albert David (you know him as Prince Harry) visited Belize in commemoration of the Diamond Jubilee of his grandmother, Queen Elizabeth the Second. The highlight of his tour? The climb to the top of El Castillo.  Prince Harry later described the experience to the Belize media. “The views up there are incredible,” said the Prince. “And the fact that they've managed to keep as much of the sort of natural beauty around this local area, as much as they can, is fantastic. It's amazing.”

Waiting in one of the Palace Courts below was a traditional Maya meal, prepared by the chefs of the San Ignacio Resort Hotel. Prince Harry made sure to come back for seconds of pibil, pork that has been cooked underground for hours and enjoyed with a fresh salsa of onions and cilantro and handmade tortillas hot off the comal.

The best part of Prince Harry’s visit is the fact that every visitor to Belize can enjoy the same experience. At the San Ignacio Resort Hotel, Maya Expedition packages include guided tours to the archaeological sites Xunantunich, Cahal Pech and Caracol as well as stops to the cathedral-like chambers of the Rio Frio Caves and refreshing dips in the Rio On pools. Family-friendly packages include the San Ignacio Resort Hotel’s Green Iguana project where visitors can interact with the reptiles and even “adopt” one.

No matter which package you choose, the San Ignacio Resort Hotel’s tours promise to leave you breathless with excitement…and eager for more!

For more information on San Ignacio Resort Hotel and travelling in the Year of the Maya, visit www.sanignaciobelize.com.