The Battle of St. George’s Caye

On September 10th Belizeans celebrate the Battle of St. George’s Caye that took place (at you guessed it) St. George’s Caye, located approximately 8 miles away off the coast of Belize City. This Battle celebrates the victory of the British Baymen, Settlers and slaves defeating the Spaniards.

Assisted by the Settlers and slaves, the British Baymen fought for their livelihood against the Spaniards who wanted control of what is now Belize. Although never occupying the territory, Spain considered it part of its Central American colonies, which then included portions of present-day Mexico and Guatemala.

The British entered the territory in 1638 to harvest logwood and, later, mahogany. Spain recognized this trade in the Treaty of Paris (1763) but did not end dispute by ceding interest and delineating boundaries. This caused hostility between the British Baymen and Spaniards which led to a number of attacks throughout the years but the battle of  the10th of September 1798 became the most prominent of all.

Although the Battle is commemorated on the 10th of September, the several invasions that the Spaniards made on the settlement took place between the 3rd and 10th of September of 1798—these events are what became known as the Battle of St. George’s Caye.

During this event, the majority of the Spaniards’ fleets anchored between Caye Chapel and Long Caye. On September 3rd, the Spaniards attempted to force a passage through Montego Caye’s shores but were driven back by the British forces. The next day, a similar Spanish attack unfolded but was foiled by three-armed vessel ships of the British Baymen. During this encounter, the stakes and beacons the Spaniards had installed for guidance to sail the treacherous reefs were removed by the opposition. 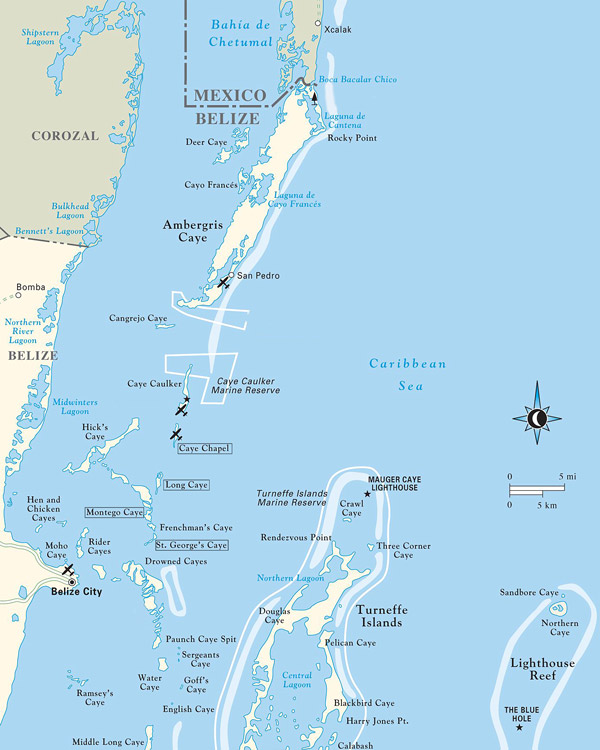 On the morning of the 10th of September, fourteen of the largest Spaniard ships approached and anchored approximately one mile away from the HMS Merlin, the leading vessel that was relocated from Jamaica to assist the Baymen, and the other British seacrafts. Captain John Moss, Captain of the HMS Merlin, believed that the Spaniards would wait to attack the following the day however, the attacked ensued at 2:30pm. The conflict launched approximately two hours and a half of action until the Spaniards abruptly cut their cables and departed towards Caye Chapel. The Merlin was unable pursue them due to the shallow waters.

The Spaniards remained off Caye Chapel for a few days until sailing for Bacalar. Some records suggest that the reason for the Spaniards’ abrupt departure was due to water and supply shortage.

The Battle of St. George’s Caye has become a very important part of Belize’s history as it marked the final episode in the long conflict of the logwood trade between these two European settlements.

New Year’s Eve in Sunny Belize? What Better Way to Welcome 2023?
The National Symbols of Belize
Blue-Crowned Motmot
The Best Place to Plan a Bachelorette Party in Belize
RETURN TO BLOG