Observations from the Chopping Block

The canned fish and vegetables were chopped and mashed up, mixed with some local spice, formed and fried as a fritter. Now it smells like a Belizean kitchen, I roared to my fellow judges! Brilliant idea! The occasion was the long awaited professional chef competition for the Taste of Belize. I traveled all the way from San Francisco, California to partake in the annual celebration of local flavors, as one of the privileged judges for the final round of the professional chef competition. I arrived the day before in the Cayo District, at The San Ignacio Resort Hotel, site of the upcoming event and the perfect stage extraordinaire for the competitions. The hotel was a perfect fit by organically evoking a distillation of the Cayo experience to its guests, at ground zero in the crossroads of Belize’s intersecting cultural traditions and hinting that the inspirations that would play out and would flow naturally from these evocative surroundings. 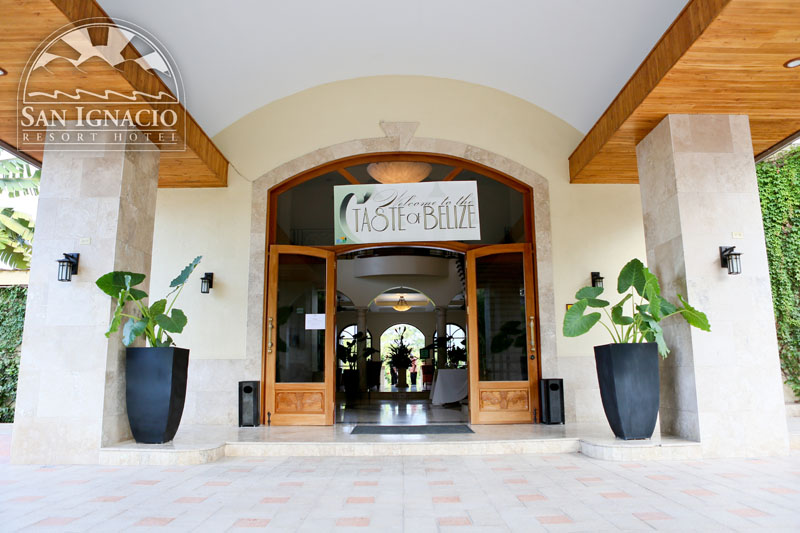 I intuitively knew that the provenance of the ingredients in the mystery basket would come from the bustling Saturday market, so I awakened early, had a healthy breakfast on the restaurant balcony, surrounded by a verdant jungle at arms length and ate ripe fruit, granola and house made yoghurt while amused by the metallic sounds of  playing amongst the pink flowered trees. Accompanied by the wise guide Cruz, whose countenance mirrored his deep knowledge of all things Maya, we feasted our eyes on endless stalls replete with the exotic fruits of the local jungle, herbs and coconuts of every kind, and endless shapes of bulky roots. 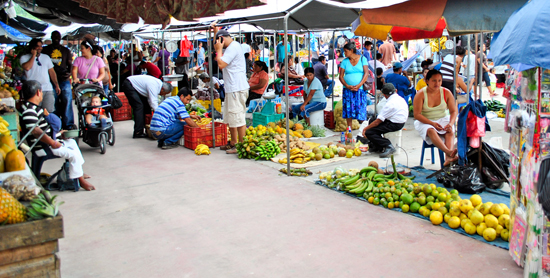 We searched for seasonal sour sop, inquired about the usage of shiny green chipilines, to which he answered that “you just cook them, they are vegetables and they are good for you.”(I later found out that these leaves are indeed loaded with iron, calcium, and beta carotene) There was fresh red snapper in all sizes from small to grande, as well as cleaned conch, ready to be pounded and fried, from nearby shores. Running W Meats, the supplier to the hotel’s steak house, had its shiny truck backed up to coolers full of steaks and well made sausages, all local, organic and grass fed, ready for the BBQ. All the while I was trying to second guess the contents of the mystery baskets, and more importantly, what would those local chefs do with those raw materials. At the French Bakery, we came upon the Taste of Belize event planner, bleary-eyed after spending all night on the set up for the event, collecting sausage filled croissants for her crew and promising not to give me any hints of what they had collected for the mystery baskets at the market. We tasted the color coded recados, the flavor platform for Maya cooking, and wondered which color would find its way into that basket. 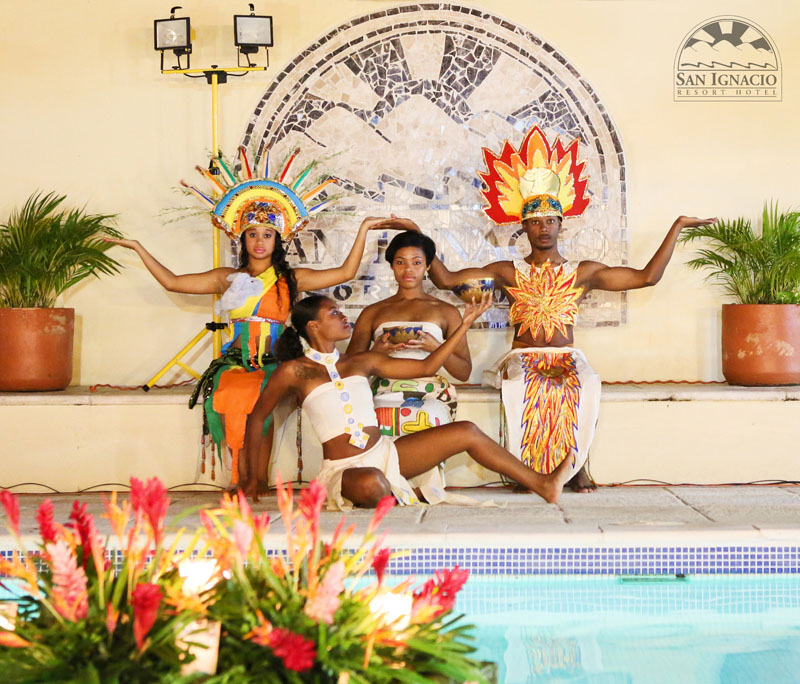 Back at the hotel as evening approached, transformations were in progress and we were greeted by a riot of colors and shapes. I knew that the Maya are magicians and could transform one form into another effortlessly, even creating life from the stalk of silky corn. So I knew I was in for an evening of alchemy, where the surroundings echoed the theme of the evening: transformation. Where guides would lead you through a magically altered space and chefs would transmute the bounty of the bush and waters into transcendental expressions of flavor. The trance dance began at pools edge, where rhythms and light bounced around the crowded amphitheater, eyes dazzled by the theatrics of the bartending contest. Then, guided by full body painted denizens of the jungle, past the cakes which looked like altars of the Maya Gods, through the mist filled anteroom, we proceeded on to the competition stage. With fellow judges Chef Rob, Chef Blades and the glamorous Kim Simplis Barrow at my flanks at the Chopping Block, we were overwhelmed by the glare of dueling spot lights and flashes of a very spirited crowd. 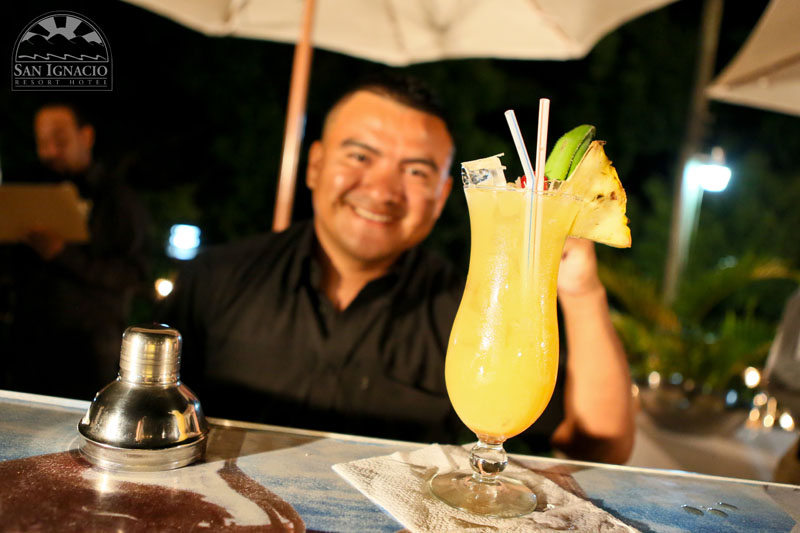 The first mystery basket contained canned sardines, pepper jack cheese, watermelon and zucchini squash. I immediately knew that this was not going to be any ordinary walk in the park. The chefs would have some serious transformations to perform. We walked among the chef stations to get a feel for the tempo of cooking that they were undertaking, watching their cuts and looking for hints of their inspiration. In the flurry of slice and dice, it was truly a race against an unrelenting clock. Some displayed their stress with hurried moves while others proceeded with a zen-like focus on the task at hand. I wondered if I could maintain such calm in the eye of the hurricane. The chefs overcame all manner of obstacles, as chefs are wont to do, and produced a series of well conceived dishes for us to taste. We tasted, took notes and conferred with each other, always looking for hints of cooking brilliance. At one point the host joked that I had turned from pale to red and back again, prodded by the unsuspected fire of a concealed habanero in the dish. The parade of dishes, the surprise tastes, the suspense, and the inexorable process of elimination brought us a winner-Marcia-the first female to win the event ever! 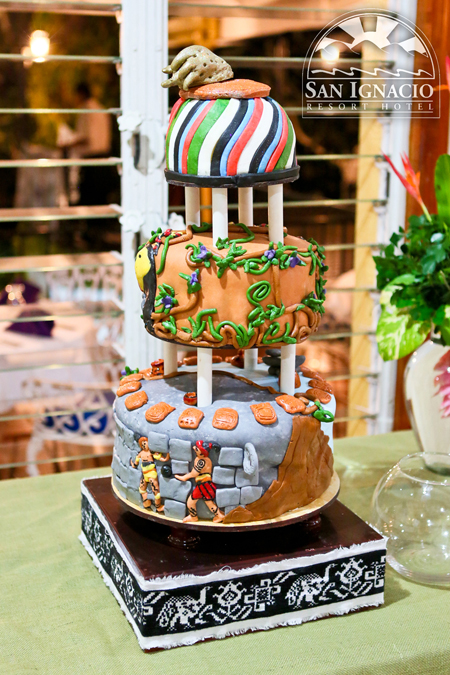 Marcia was a chef who cooked with her heart and was unfazed by the ticking of the clock. She managed to coax flavor out of an odd combination of ingredients. This was a fitting tribute to her hard work and uncanny inspiration. Hers was indeed the soul of Belize! 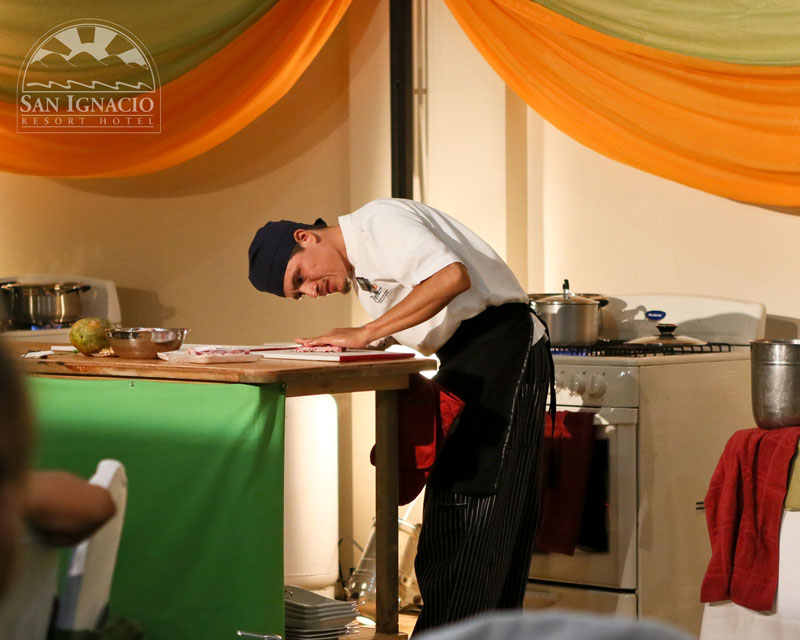 The event took the collective breath from the room. Chef Marcia had imposed her very Belizean will on the ingredients and created bold flavor for Taste of Belize. I am excited to have witnessed a dynamic expression of the cultural and agricultural diversity of Belize through the very personal lenses of these four very proud chefs. Viva Belize!