Below is an article written by Cruz Cambranes, our renowned tour guide, regarding the panel discovery at the Xunantunich Maya ruin on June 2016:

The early explorers, adventurers and archaeologists believed that the ancient Maya were quiet people that lived in the forests, in harmony with their surroundings. Slowly, over time, they realized that these ancient people were actually people. They slashed and burned jungles to plant their corn. They hunted and domesticated wild animals like the wild turkey, great curassow and collared picary to be used as meat. They mined large open quarries and burned limestone for lime production so that they could later make mortar and plaster. Another trait they had was that they waged wars with each other. 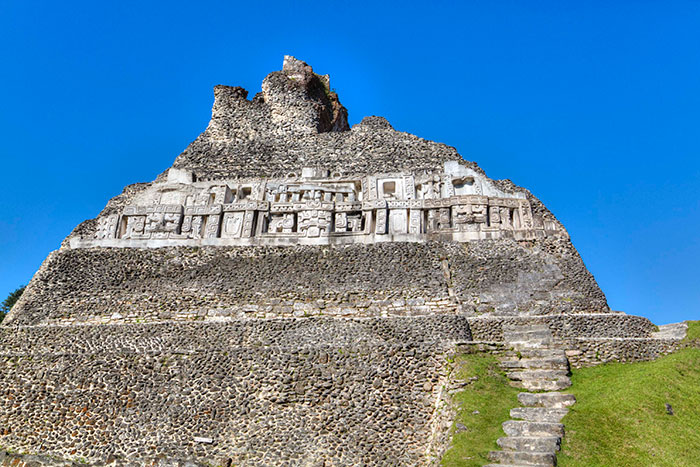 Here is one such story. In 562 A. D., Yajaw Te’ K’inich II, ruler of the site of Caracol launched an attack to Tikal, a large Maya site in the country of Guatemala. The attack was successful, with the help of another site, Calakmul in Mexico. Tikal went into a hiatus and Caracol remained dominant in that area. Lord Knot Ajaw succeeded his father, and shortly after, he was succeeded by his younger brother Kan II. Lord Kan II is known to have done great things during his reign. He brought much prosperity and the population increased. Roads and causeways were built during this time. Sixty four years after they invaded the site of Tikal, Lord Kan II waged war with the site of Naranjo, not too far from Tikal, in fact, a perfect striking distance away. Caracol defeated Naranjo in 626 A. D., and Naranjo was defeated by Calakmul again in 631 A. D. After the death of Kan II, K’ahk’ Ujol K’inich II became ruler of Caracol and in 680 A. D., Caracol was invaded and overtaken by the site of Naranjo. Caracol then went into its 96 year hiatus. Despite this, Caracol still showed some growth and prosperity during this time. 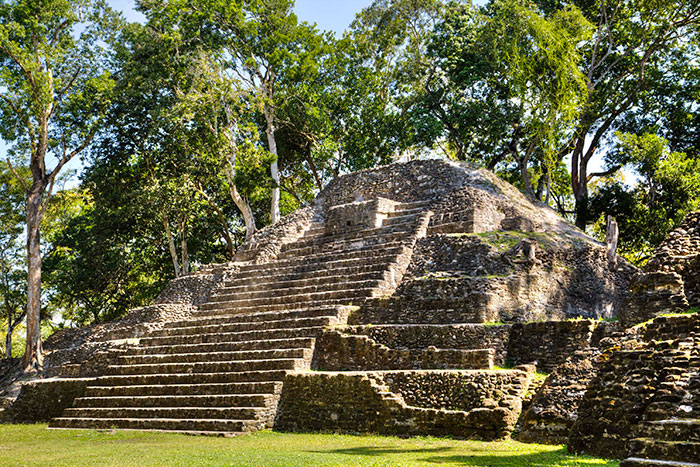 When Naranjo invaded Caracol, they could not find the ruler. He was not present. So, they saw the carved stairway and decided to take it as a monument of conquest. Well, we know now, that was not all that they took. About a week ago, a panel was found while digging on A9 temple building at the site of Xunantunich. The panel may have been originally at Caracol. Archaeologists are telling us that the glyphs mention the death of Lady Batz Ek, who is the Mother of Lord Kan II and this panel was very likely commissioned by him. It is believed that the panel was cut into several pieces and given away by Naranjo to its subordinate sites as gifts of that conquest. This included Xunantunich, which has forever shown alliance with Naranjo. Much more was found in front of the A9 structure. The panel was backfilled immediately, after everyone had viewed it, but plans are to make a replica that will be placed in the original location, and the original panel will be moved into the Visitor Center. 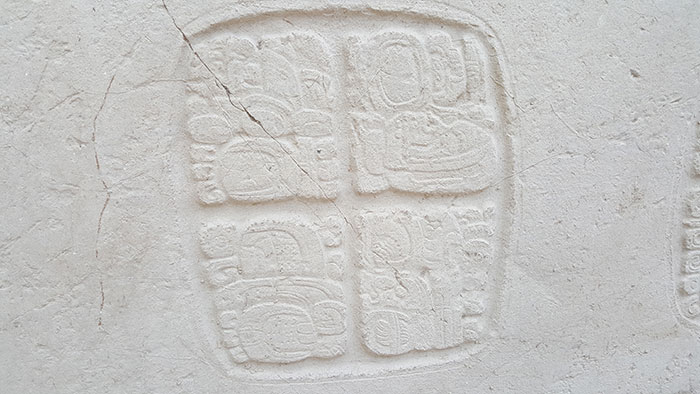 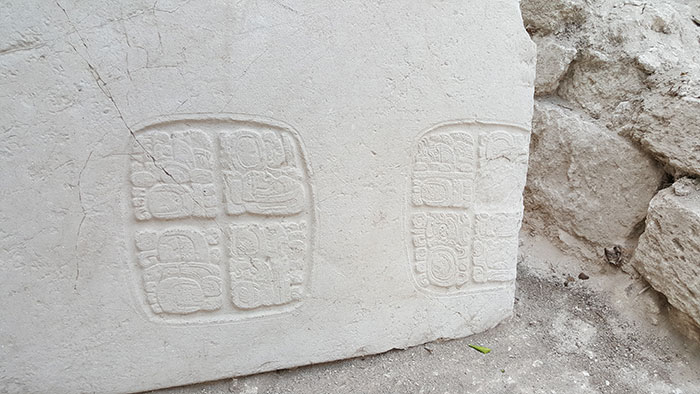 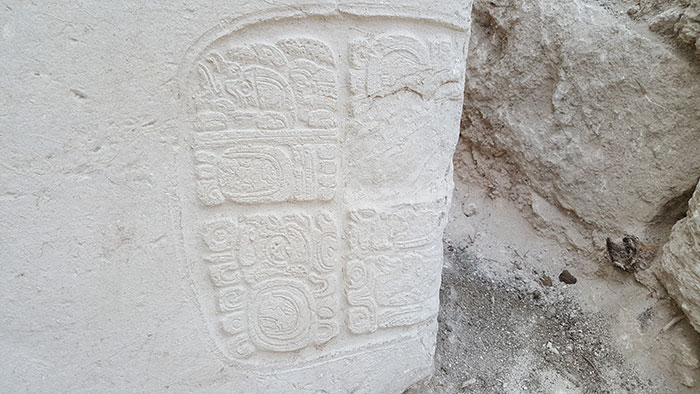 There is a broken stelae laying on its face on the ground, directly in front of that structure A9. In front of the stelae, a cache deposit was found, with mainly some eccentric flints that appeared to be made from chert. A few pottery shards, something a little fancier, were also found behind the stelae. Just below the plaza floor below the first stairs another cache deposit but this time is had nine eccentric objects made from obsidian along with a pomes stone jadeite pieces and clam shells. There are much more digs that are happening all over the site and I will keep you in tuned with the latest and greatest. 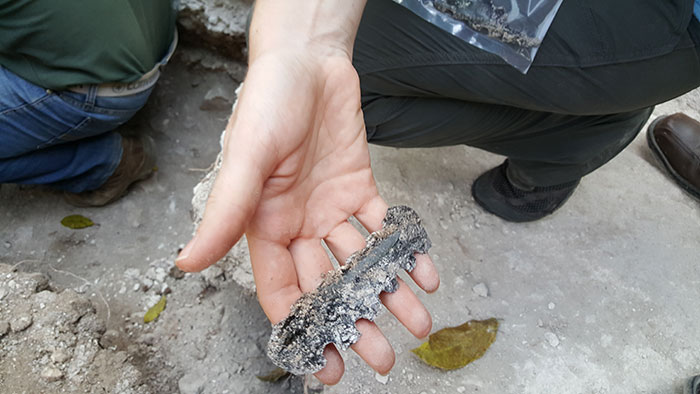 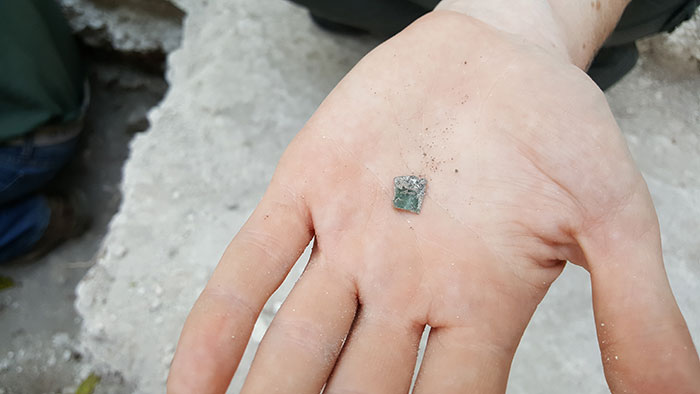 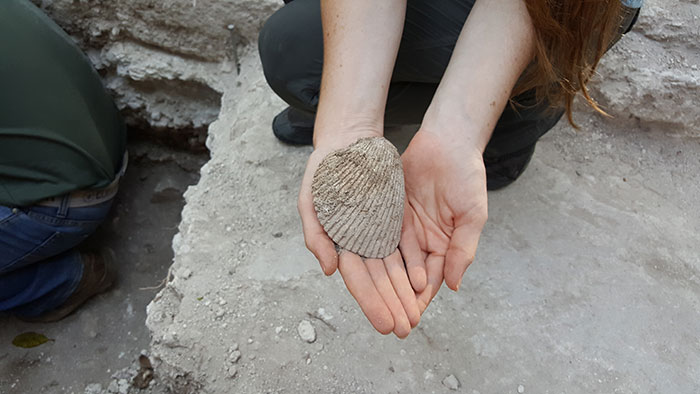 Thank you Cruz Cambranes for sponsoring this article.